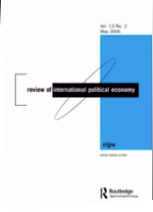 After years of acrimonious debate among leading industrialized states, the G20 reached an agreement in 2009 on the regulation of hedge funds. Anchored in an institutional theory of government action that draws on historical institutionalism, this article finds that cleavages between liberal market economies (US, Britain) and organized market economies (Germany, France) determined the failure to regulate hedge funds in the 1990s, the origins of a self-governance regime in the mid-2000s, as well as the nature of the G20 agreement in 2009.  Historical institutionalism offers a complement to theoretical traditions in international political economy that stress the role of states’ market power in shaping international regulatory regimes, especially in accounting for how the evolution of state preferences affect the nature of international regulation over time.  The paper concludes with suggestions for how historical institutionalism can be extended beyond its typical purview in comparative politics to give analytical and substantive nuance to the study of international market regulation.