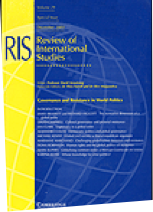 Why do national executives support deeper levels of international economic cooperation? This article examines arguments positing that support for greater European integration is a function of national executives' attempts to increase their domestic autonomy vis-a-vis national interest groups. Alongside a critique of this argument -best articulated in intergovernmental models of European integration-the article articulates a foundation for a domestic theory of why European states committed themselves to increased economic integration in the 1980s and 1990s. The domestic theory is tested in two least likely cases-France and Sweden-that reveal how changes in the international economy that are associated with higher levels of trade and capital mobility altered domestic balances of power in ways that favored forces seeking deeper and more institutionalized forms of economic integration. The article finds that support for deeper European integration is due to shifts in the cooperative relationship between governments and domestic interest groups, especially the business community, and that the latter have limited the autonomy of governments in shaping foreign economic policy.